It all seemed to start in 2010. Brick and mortar retail storefronts began to close down en masse, due to bankruptcies, increasing rents, poor same day sales, etc. Some thought (or hoped) that things would get better, but here we are nine going on ten years of a steady decline and disappearing storefronts of major retail brands. 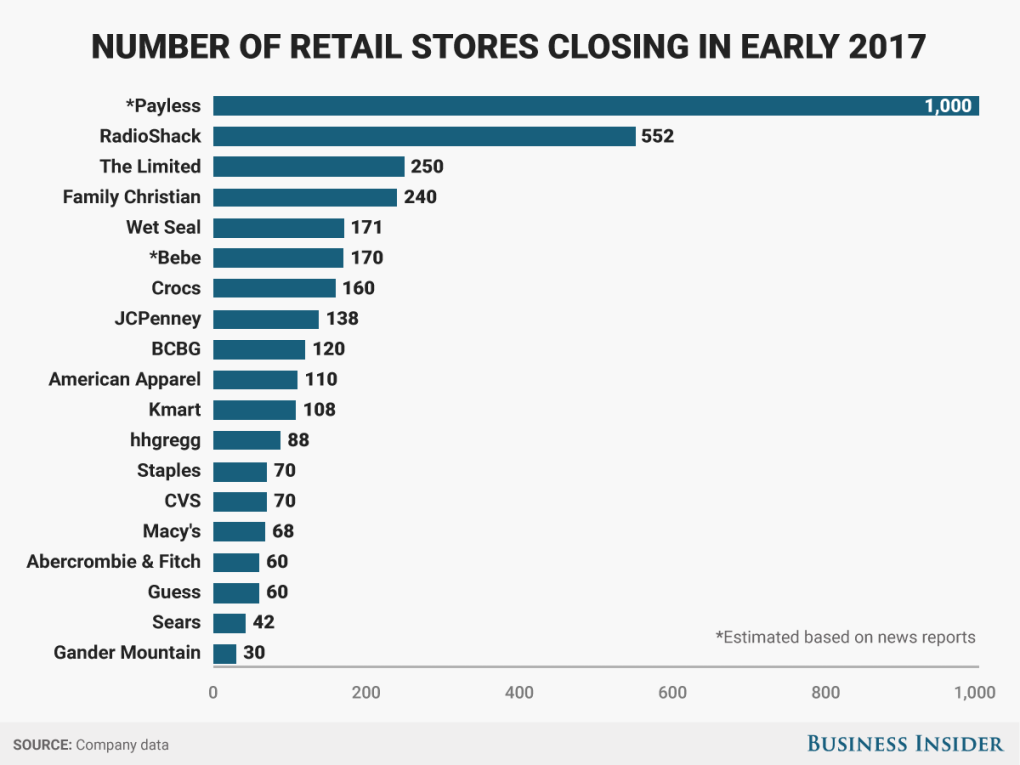 The Elegant Classy Gentleman has recently reported on Barney’s New York Chapter 11 Bankruptcy filing back in August, as well as Forever 21 filing for the same during the same month, and the future for retail is looking bleak. All this is evident by simply walking down East Midtown Manhattan. According to the Comptroller Scott Stringer’s report, citywide commercial vacancy space rate increased to 45% from 2007 to 2017, from 4% to 5.8% which amounts to 5.2 million square-feet of vacant retail space.

Citing business experts and industry leaders, this will get worse if nothing is done to stem sky high rents and the growing online retail competition. Chain stores and the shrinking mom-and-pop shops are taking such a big hit in profits from the rapidly growing e-commerce sites, to such a degree that they are amassing massive debt, in addition to taxes and overhead costs.

Citywide retail rents climbed from $42 per square foot to $51 within a decade, with Manhattan in areas like East midtown and the Upper East Side now asking over $100 per square footage, as per the report.

Major retail chains like Kmart & Macy’s have closed store location in a huge scale back to combat rising costs and slower traffic by shoppers. While some experts try to sound optimistic for a turnaround, the declining footprint of major chains tell a different narrative. Is the future of retail uncertain, or are we fooling ourselves refusing to accept the writing on the wall?