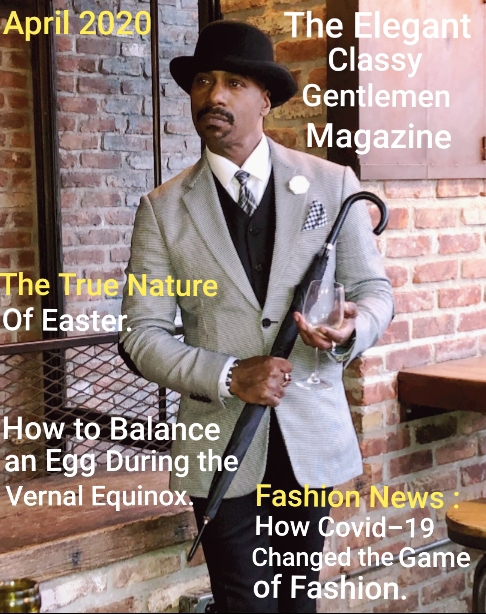 Harlem has a new chic restaurant on Lenox Ave, and it’s name is Archer & Goat. When I first walked by and saw the curious name which was compelling and inviting all at once, I just had to walk in and to discover the mystery of this name which tugged at me in such a cosmic sense. My first inclination was a centaur holding a bow (in the back of my mind), as a centaur is a combination of both (but more on this later). 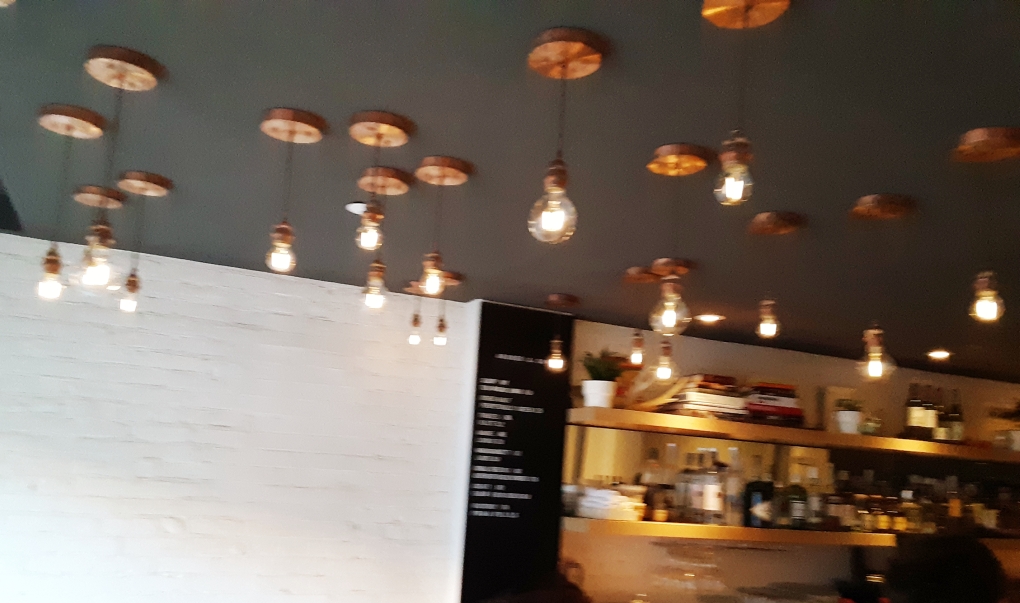 As I walked in the first thing I should have noticed was the bar, as it is right in front of you as you walk in. 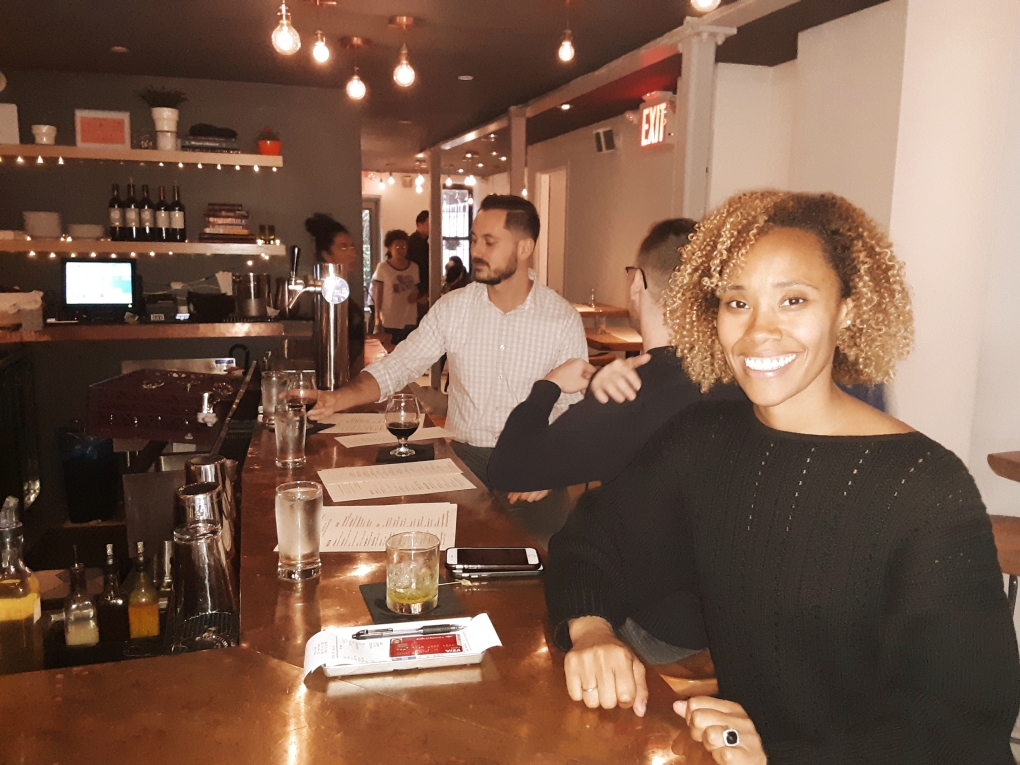 While I was aware of it before me, the first thing that caught my eye and in fact held them in thrall, was the strange lighting fixtures on the ceiling which actually spoke to the inner part of me. I sensed that it held a deeper meaning, and later found out that I was right! 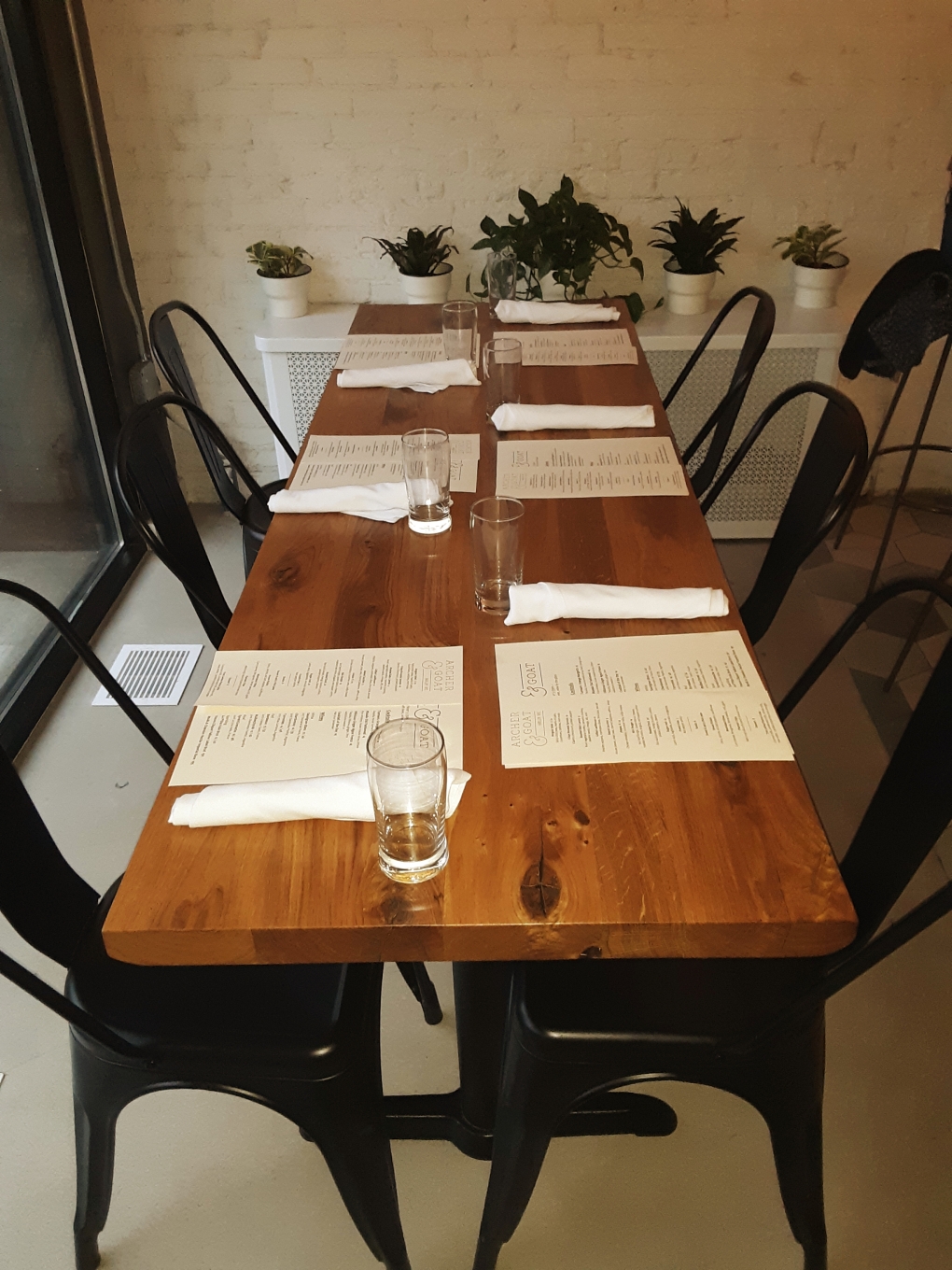 Jennifer Chaudhary and Alex Guzman are the husband and wife team owners of Archer & Goat. Both are native New Yorkers, and moved to Harlem eleven years ago and fell in love with Lenox Ave. Alex said: “We felt a need to open a small bar restaurant on Lenox Ave”. 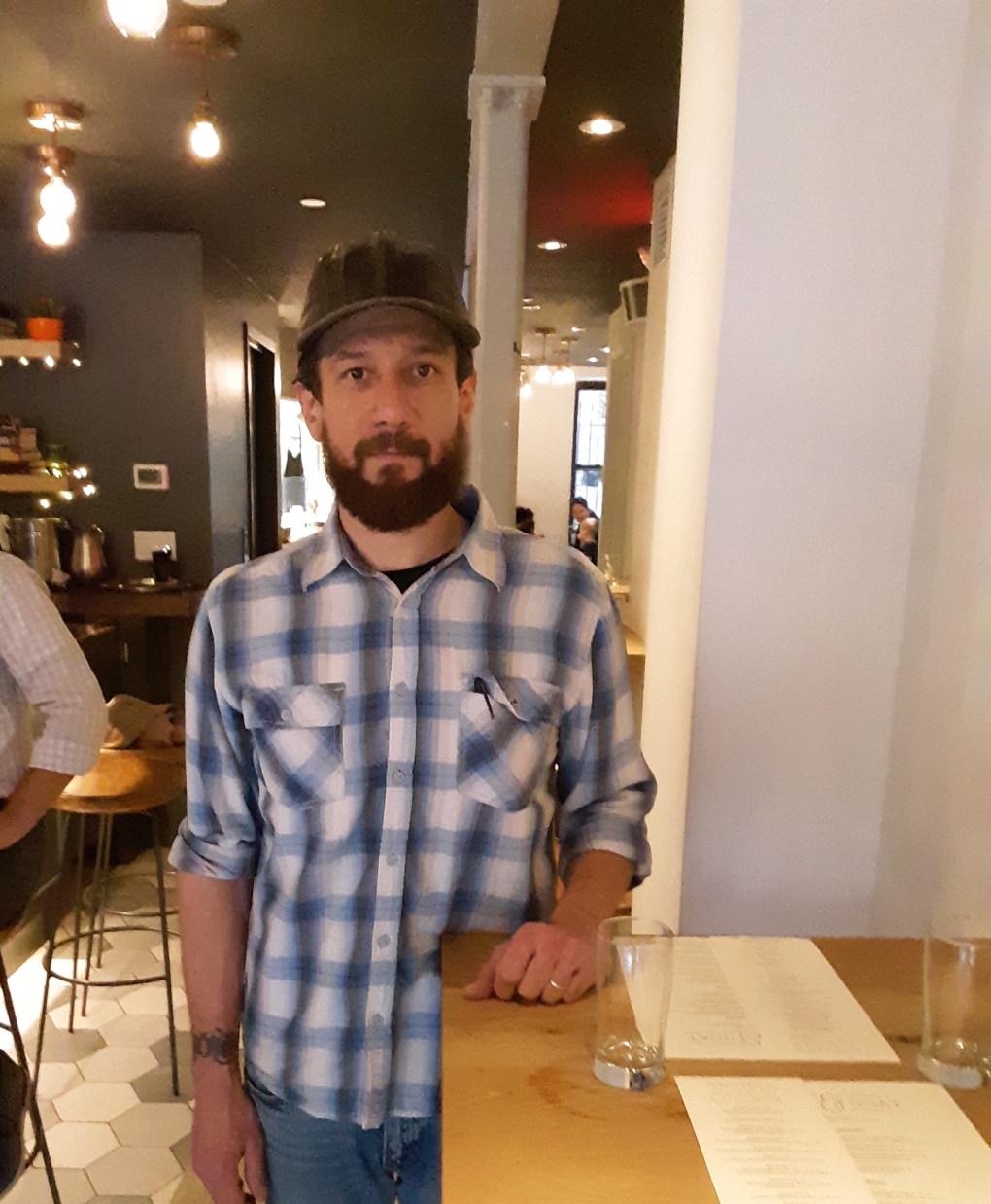 Jennifer said: “Lenox Ave is one of the most beautiful avenues in New York.” Alex is a Sagittarius and his charming wife Jennifer is a Capricorn, hence the name Archer & Goat (I was on the right track)! 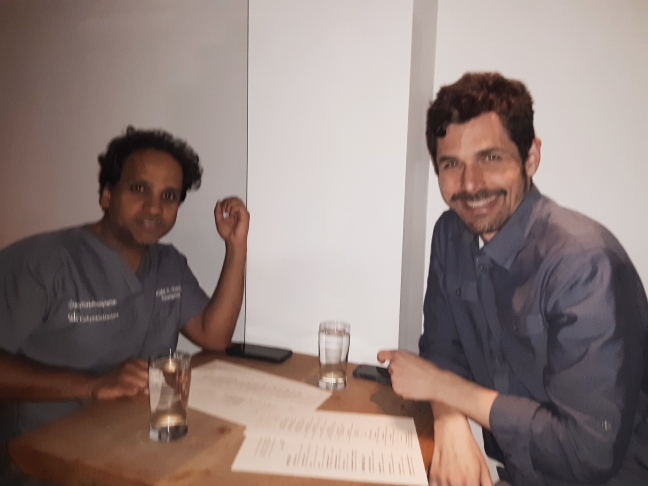 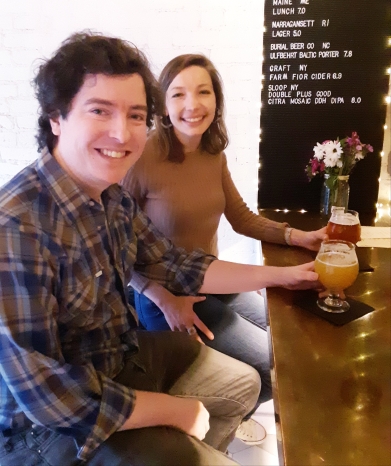 And the “Strange” light fixtures on the ceiling are the respective constellations corresponding to their Zodiac signs in the Northern night sky (I thought they looked familiar). This ties in perfectly with their name brand and quite cleverly I must say!

This “Chic Minimalist” bar restaurant does not have Wi-Fi or a T.V. by design as Alex says: “It encourages people to talk” which is very commendable as far as I’m concerned. People need to free themselves from their “Electronic Masters” (cell phones, laptops, tablets) for an hour or so. 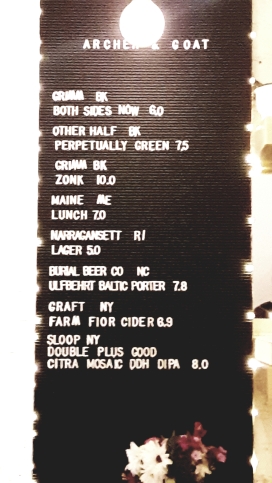 This is the first restaurant review were I returned more than once, (four times in fact) before I wrote the review, and I’m not sure why. Maybe it was the music? (a whole set of U2 songs was on rotation. one of my favorite bands.) 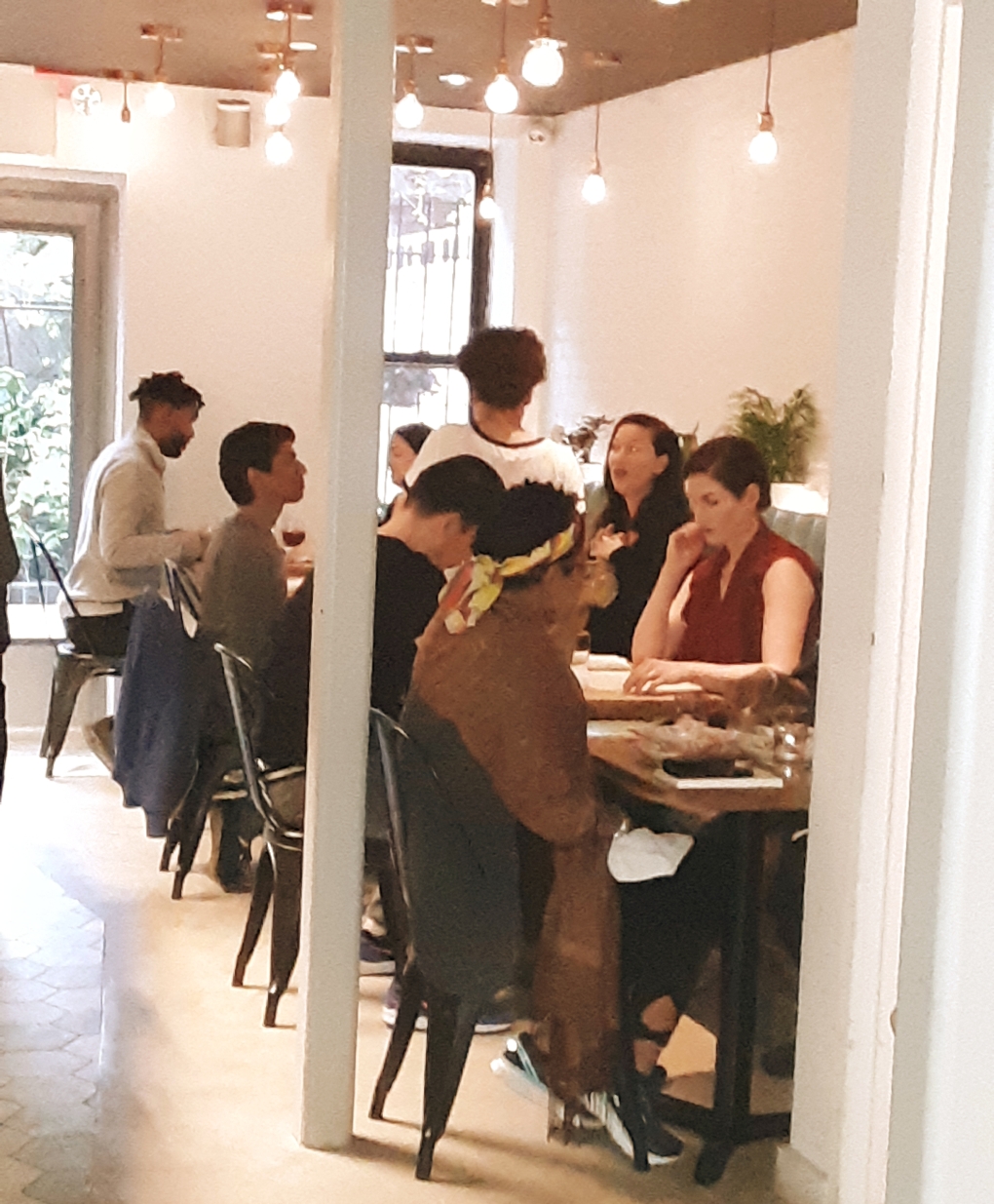 Maybe it was that tasty Turmeric Orange Margarita that Jennifer created? Or perhaps the cool and chill vibe I felt whenever I walked by, or walked in the place. 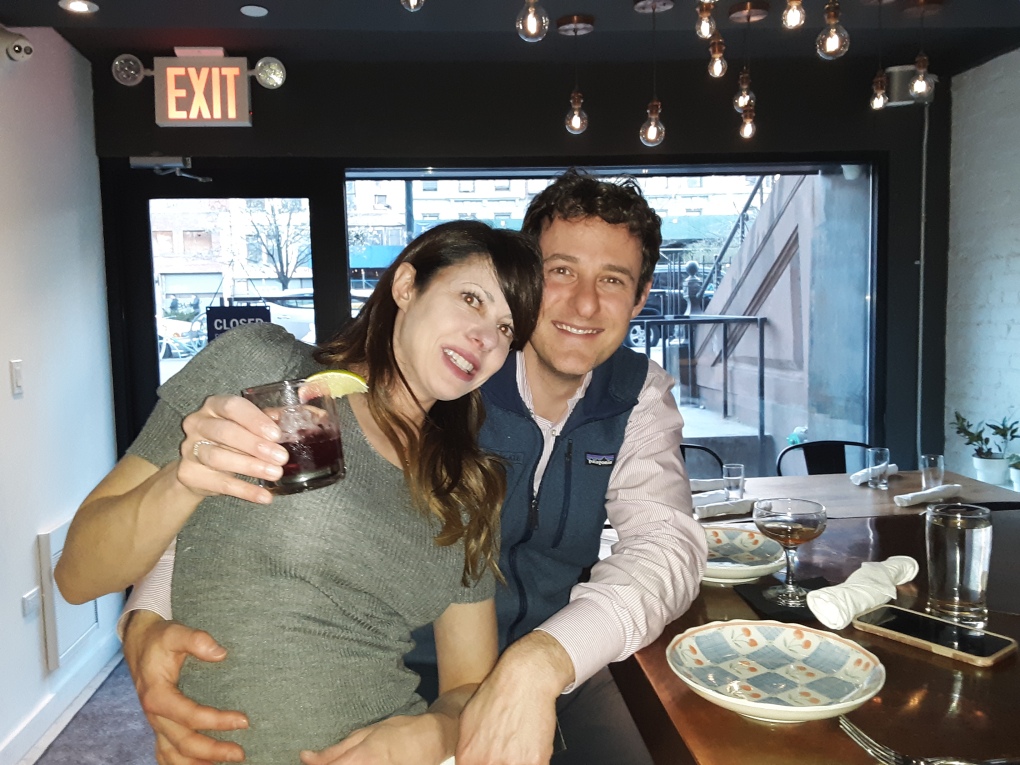 And going a bit deeper, maybe it’s because I was born on Lenox Ave and my Mother and Father was an Archer & Goat (Mom was the Archer, and Dad was the Goat), and it felt like home! (Ok enough with the Psycho/Astro self-analysis. a Degree in Psychology will do that to you at times).

So let’s go through the offerings by numbers! The first visit I had the Turmeric Orange Margarita, and fell in love with it.

The second time I just leaned against the wall to watch and feel the vibe of the place for a few minutes. The third time, I had the delicious Roasted Duck breast, with mango & onion curtido, pickled peppers, cilantro.

The fourth time was for the first day of their brunch menu (By accident). I had the Skillet Lamb Hash, which was simply a tasty spicy delight, with a Mimosa of course! (My Logistical Executive Jean Germain joined me on the brunch). And we both agreed it to be exceptional in quality and tastes!

Having only been open for about three months, Archer & Goat is sure to be quite popular in the neighborhood. It is certainly on the fast track to becoming my new favorite spot on Lenox Ave! I also noticed the family-like camaraderie between the owners and the staff. The staff was very warm and welcoming at all times. 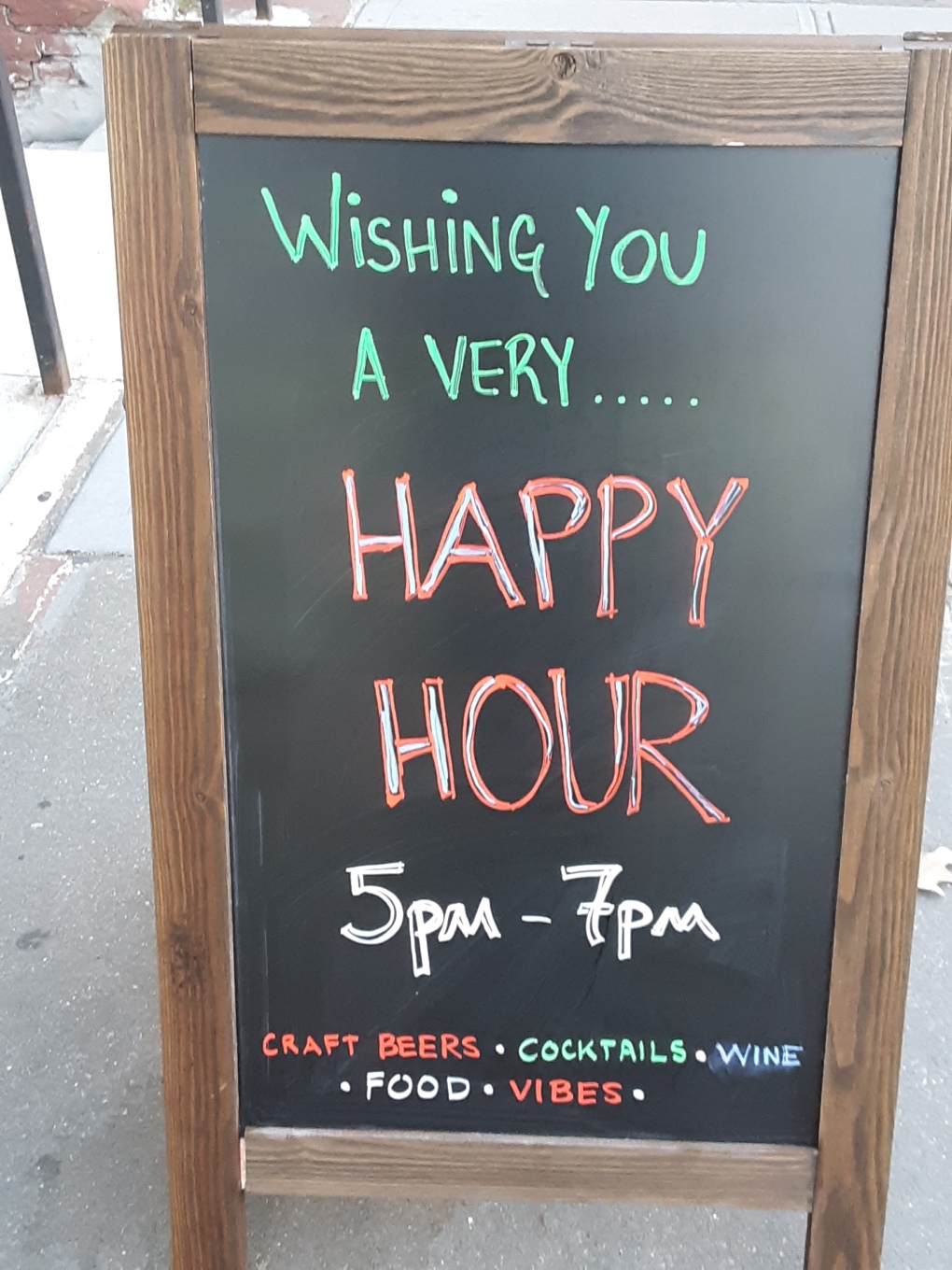 Archer & Goat also have an outside patio in the front and back of the restaurant, just perfect for the milder and warmer weather. 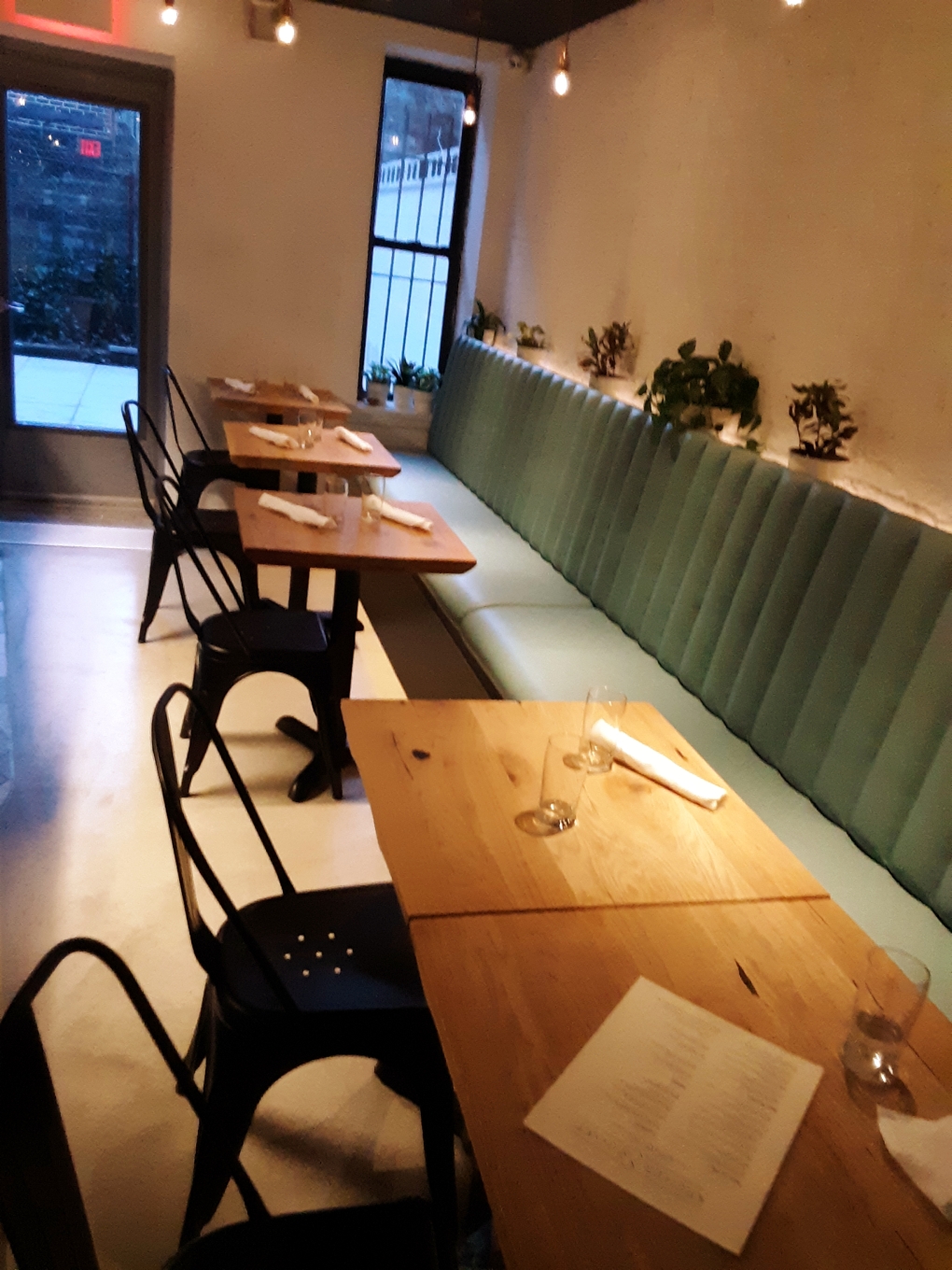 This bar restaurant is immaculate from bar to bathroom.

Vegetables are prominent on the menu and dishes, while American have a Latin/Indian flavor and spin to it. 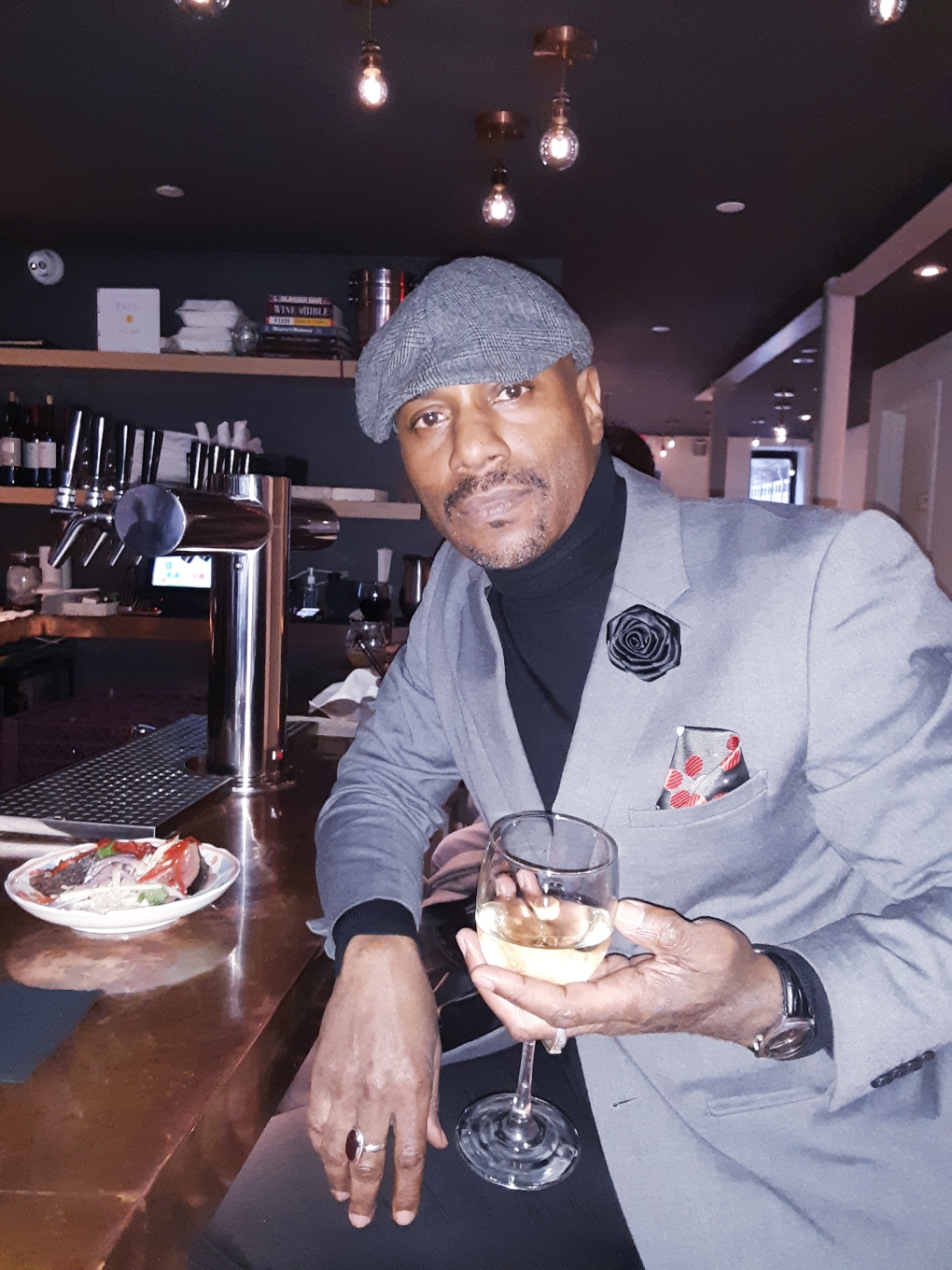 Also A&G is children friendly, and in fact friendly all around. I highly recommend Archer & Goat for dinner, brunch or just a drink or two. I have to give A&G four stars in all areas! Stop by and experience the magic for yourself!