Neuroticism is defined by psychology as a personality trait in which a person experiences the world, or rather the external environments around them that triggers Anxiousness, emotional instability, impulsiveness, self-pitying, being very touchy, feeling vulnerable, and over worrying. As one of the “Big Five Personality Model Factors”, it appears to also be the most negative and “self-defeating” of the five personality traits.

Now we’ve all displayed one, more or all of the “Defining Descriptors” of the big five personality model factors, so does that mean we are all crazy? 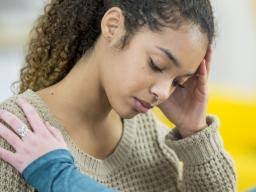 No. However “Each individual can be positioned somewhere on this personality dimension between extreme poles: perfect emotional stability versus complete emotional chaos. Highly neurotic individuals tend to be labile (that is, subject to frequently changing emotions), anxious, tense, and withdrawn. Individuals who are low in neuroticism tend to be content, confident, and stable. The latter report fewer physical and psychological problems and less stress than do highly neurotic individuals.”

(“German psychologist Hans Eysenck popularized the term neuroticism in the 1950’s by including it as a key scale in his popular personality inventory.”)

“The initial model of the big five traits was advanced by Ernest Tupes and Raymond Christal in 1961,but failed to reach an academic audience until the 1980’s. In 1990, J.M. Digman advanced his five-factor model of personality, which Lewis Goldberg extended to the highest level of organization. These five overarching domains have been found to contain and subsume most known personality traits and are assumed to represent the basic structure behind all personality traits.“

In the most recent studies of psychopathology on personality neurotiscism is usually the first variable in considering individual differences in many types of mental illnesses, such as anxiety, depression, obsessive compulsive, and hysteria.

A extreme level of neuroticism in individuals produce persons who are defensive pessimists. “They experience the world as unsafe and use fundamentally different strategies in dealing with distress than non-neurotic people do. They are vigilant against potential harm in their environment and constantly scan the environment for evidence of potential harm. They may withdraw from reality and engage in protective behaviors when they detect danger, real or perceived.” 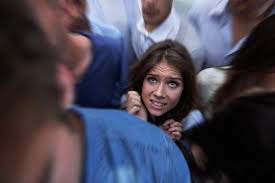 “Because of their tendency to withdraw, highly neurotic individuals tend to possess an impoverished repertoire of behavioral alternatives for addressing the demands of reality. Consequently, they tend to engage in mental role-play (rumination and fantasy) instead of constructive problem-solving behaviors. In contrast to their impoverished behavioral repertoires, however, they may possess a rich inner world. Introspective and apt to analyze their thoughts and feelings, they are highly invested in seeking the true nature of their intra-psychic experiences.”

“Very attuned to their inner experiences, those high in neuroticism are also attentive to their physical discomforts. Their health maintenance behaviors (that is, consultations with a physician) are more frequent than those of individuals with less neuroticism. Although their complaints regarding health are more frequent, their objectively assessed health is not poorer than those low in neuroticism.” According to Eysenck’s personality dimension model, emotional-stability/interoversion-extraversion combine in varying degrees to produce predictable personality trait patterns. Eysenck’s third and less popular dimension model, “psychoticism”, which would describe people who presents traits such as coldness, cruelty, hostility and the rejection of social customs. Ironically, neuronic people tend to be more creative, especially if they have an artistic outlet.