Dr. Just, while academically brilliant and a phenomenal researcher, his work went largely ignored regardless of his huge contributions to science as a result of a racist scientific community and racist America.  “Ernest Everett Just, an African-American biologist known for his studies of fertilization and early development in marine invertebrates, lay forgotten, buried in the scientific literature.” 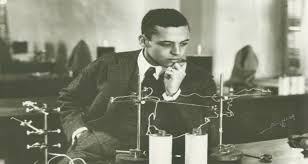 Dr. Just had and amazing ability to make marine embryos and eggs develop at a normal pace, and many marine biologists sought his knowledge on the subject. “Basic Methods for Experiments on Eggs of Marine Animals” was a laboratory manual he published in 1939. Just traveled to Naples in Italy to study the fertilization in several European sea urchins, as well to investigate if the American Platynereis megalops was the same as the Mediterranean annelid Nereis dumerllii, which he proved was not the same as many at the time have thought.

The very famous German embryologist Max Hartmann invited Dr. Just to visit the Kaiser-Wilhelm Institute for Biology not far from Berlin in Germany, an invitation like this for an American was unheard of at the time. The Germans were studying whether the cell cortex could in any way be applied to their research on the Amoeba proteus, in which they saw Dr. Just’s work  on the subject to be parallel with their own work. 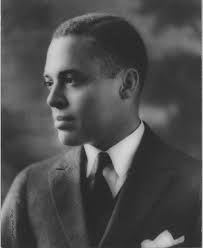 After graduating from college Dr. Just’s went to work as a researcher and to teach at Howard University. Dr. Just also worked for the Woods Marine Biological Laboratory in Massachusetts in 1909. He also studied experimental embryology from the University of Chicago where he also earned his doctorate in Philosophy. Dr. Just spent time in Paris at Sorbonne penning his second book “The Biology of the Cell Surface”. In his 30 year career, Dr. Just published over 70 articles, a few of them in journals overseas in Germany.

One of his articles written in Naturwissenschaften showed for the very first time the “correlated changes in cell adhesiveness with developmental stages during the early embryonic cleavage process”. Sometime after 1936 Dr. Just’s written papers were a bit more “philosophical” and began to challenge his American contemporaries whom he regarded as adopting more simplistic theories and views. Because of his challenge to his American colleagues he was rejected and denied funding in 1938 (mostly because his theories and views were more advanced and sophisticated).

So Dr. just continued his research in self-imposed exile, in Europe at a small French fishing village, with the “Station Biologigue at Roscoff” on the English Channel. When the Nazis invaded the area near Paris he had to return to America and back to Howard University.

Dr. Everett Just has made many scientific contributions to science and Marine Biology, experimental parthenogenesis, cell division, fertilization, dehydration in living cells, hydration, and the effect of ultra violet rays which increase chromosome numbers in animals, as well as Zoology.  Dr. Just was awarded the first Springarn Medal for the outstanding achievement by a black American by the NAACP.

Dr. Just was also a contributor to Dr. Jerome Alexander’s second volume, of his series of three volumes on Colloid Chemistry. Dr. Just also had a fellowship in Biology from the National Research Council.  Dr. Just, also lectured at the Eleventh International Congress of Zoologists, which was entitled, “Role of Cortical Cytoplasm in Vital Phenomena” based on his fifty published papers on the subject in Padua, Italy in 1930. He also worked at the marine biological laboratories in Naples and in Sicily.

On June 26, 1912 Ernest Just married Ethel Highwarden a high school teacher which whom he had three children with, however they divorced in 1939. A few months later Just married a German woman he met in Berlin by the name of Hedwig Schnetzler who was a student of philosophy in Berlin.

The following year in 1940 Dr. Just was arrested by the Nazis and placed in a concentration camp, but his wife’s father had some influence in Germany and facilitated his release, and later had a daughter together which they named Elizabeth. On October 27, 1941 Dr. Ernest Everett Just died from pancreatic cancer in Washington D.C., where he was interred in Maryland at the Lincoln Cemetery in Suitland, Maryland.

In conclusion, this great man of integrity and academic achievement, a scientific genius, modest and committed to serving humanity was overlooked and passed over for his accomplishments and great contributions only because of the color of his skin. Dr. Just a great scientist in the field of Biology, and role model for young students in the sciences. Not ever mentioned in any science textbook in the United States that he had to travel to Europe to receive any type of recognition, and the best America could do is offer him a postage stamp, and that only recently!

How many other’s like Dr. Ernest Just who have had a huge impact on the lives of all Americans that I have yet to discover, who have been downplayed and buried under the rug because they are black. I salute Dr. Ernest Everett Just, and all known, and unknown unsung heroes of African American decent who despite the challenge of racism, continued to serve all of humanity for the common good of everyone.